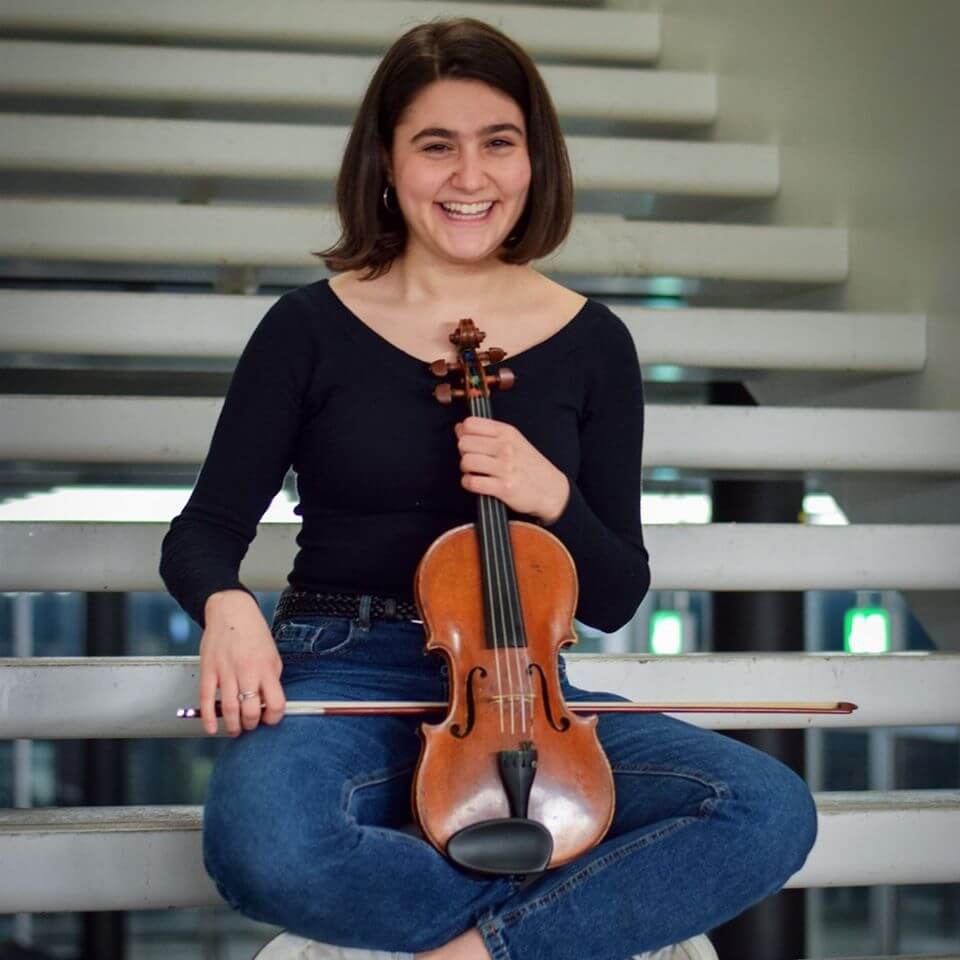 Giulia was awarded in 2015 “Best student of Emilia Romagna Conservatories”.

In 2015 she also won the international audition for the Verbier Festival Junior Orchestra, where she played in four consecutively editions of the Festival (2015, 2016, 2017,2018) under the direction of Daniel Harding, Dima Slobodeniuk, Joshua Weilerstein, Alain Altinoglu and Stanislav Kochanovsky (with whom she played as concertmaster in the Eugene Onegin Opera Production in 2017 and in the Rigoletto Opera Production in 2018).

She is a scholar of the Lions Club of Rimini after winning the “Vitale prize” on the 22th April 2016. On the 22 September 2017, together with her pianist Sofia Adinolfi, she won the first prize at the “XII Premio Nazionale delle Arti di Musica da Camera” in Ravenna, a very prestigious prize organized by the Italian Ministry of University, Education and Research.

In October 2018 she got her Bachelor degree at the top of her class with an honorable mention in “Conservatorio G.Lettimi di Rimini” where she studied with Maestro Maurizio Sciarretta. For the last four years she has also been studying with Roberto Gonzalez Monjas. In 2018 she won the International audition for the European Union Youth Orchestra (EUYO), and in 2019 she played in the spring and summer tournée of the EUYO Orchestra under the baton of Vasily Petrenko and Stephane Deneve.

In September 2019 she was admitted to the Zürcher Hochschule der Künste, where she is studying in the class of Professor Alexander Sitkovetsky