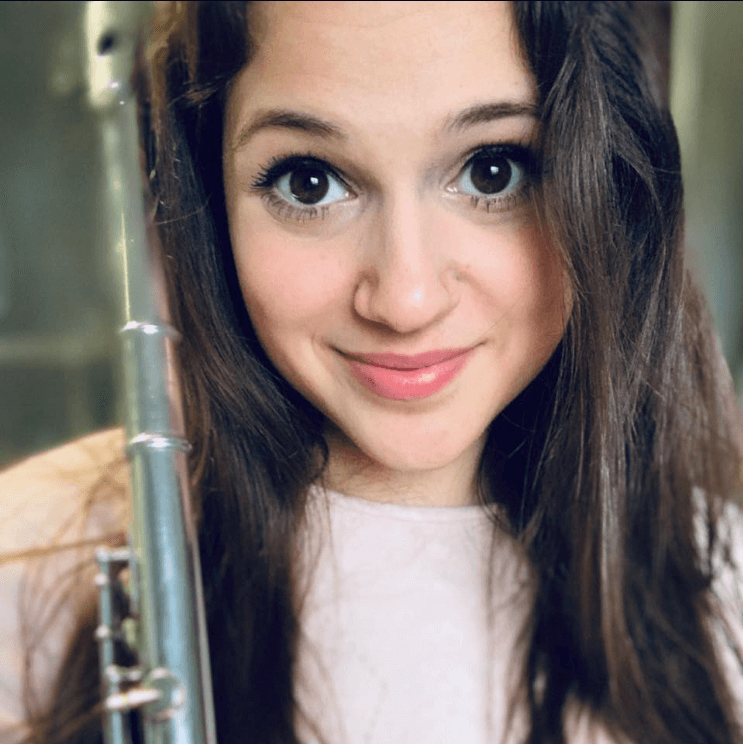 Viola Brambilla is a young flute and piccolo player who’s able to express her musicality in many different international context. Very flexible as a musician and orchestral member, she covers the role of principal flute as well as second flute and piccolo.

She took her bachelor and master degrees with honor and prices at the Conservatorio Giuseppe Verdi in Milan. Currently she works in Italy as full member in Luigi Cherubini Orchestra conducted by a Riccardo Muti. She collaborates in the Netherlands with the Nederlands Philharmonisch Orkest and Kamerorkest, the Royal Concertgebouw Orchestra and Camerata Royal Concertgebouw, the Zuidnederland Philharmonie and the Het Gelders Orkest and in Switzerland with OSI (Orchestra Svizzera italiana).

She is enrolled in the second year flute master course at the Conservatorium van Amsterdam in the class of Kersten McCall, studying also piccolo with Vincent Cortvrint. In 2018 she won the audition for the role of academist in the Nederlands Philharmonisch Orkest. In 2016 she played as official member in the Italian Youth Orchestra. She played under the baton of famous conductor as Daniele Gatti, Riccardo Muti, Gianandrea Noseda, Valerij Gergiev, Vasily Petrenko, Japan Van Zweden accompanying world-famous soloists as Maurizio Pollini, Leonidas Kavakos and Fran?ois Leleux.

She attended the Preparatory Master course at Koninlijk Conservatorium of Den Haag in the class of Thies Roorda. At CNSM de Paris she did one semester of ERASMUS project in the class of Sophie Cherries and Vincent Lucas, studying chamber music with Philippe Bernold.